We are all familiar with the player type of guy or girl. Maybe we have already experienced their toxic touch. And I'm guessing it hurt a bit.

The player is someone who will always put theirselves first. That's not necessarily bad though, if you consider that we are all egocentric creatures and we want to protect ourselves. However, the problem with the player type is that they will not bother to think what the other person will feel. They will do anything and break anyone in their way to satisfaction (This is a key-word for them). And that is heartless enough to put that person in the black list.

There are very few times that the player actually feels something for another person. Usually, they manipulate everyone to satisfy their needs. Even if they do that with a "polite" mask. They will ask you on a date, say the words they think you want to hear even if they don't mean them, make you feel  special enough just to say "yes" to everything they want, and then leave and live happily ever after! Because, of course, their guilt was never high enough to force them to stop hurting people. That's while you are left behind with your illusion that the prince will come back again. And maybe he will. When his trousers will tell him so.

We always hope to change the player into the good guy but that is not possible in most cases. The players have grown to protect themselves from any kind of pain. I am not even sure if they have ever experienced much pain. Closed in their convenient boxes, they give you just as much as to not get over theirselves. They play safe, a game that they know pretty well and has worked for them many times in the past. That's why a player is so confident. They know how to avoid pain and gain satisfaction. That is their meaning in life. To have fun. Period. Now, how shallow is that?

There are these times that the player really develops some emotions. But that is totally a trap. Because even if they feel something for the first time, they will not step out of their comfort zone. Maybe for a while but then they will realize that relationships can be tough and can hurt you and they will not risk their hearts. That is too much for them. They want to be in charge and take the wheel. So, even if a player "falls in love", they will probably continue being the same person. And you will feel like you are their enemy. They will put you on the other side because you actually made a difference to their life and that is threatening enough. When the time is right for them, they will find a way to bury their emotions and step over you to continue their journey to satisfaction. That, I find extremely pathetic.

As you can see, I pretty much hate the player type. But mostly, I feel sorry for them. The most probable scenario (of course nothing is absolute) is that they will never let themselves free and vulnerable. So they will never achieve having a true, worthy relationship. They just don't have the patience to wait to get their satisfaction. Giving so little and taking life not seriously at all, they will never achieve true happiness. Because that demands taking risks, trying, sacrificing, uniting with other people and not treating them like their puppets. They will treat people like children treat their toys because they never really grew up. And however I feel sorry for their attitude in life, because they seem afraid and coward as hell, it is their choice. It's a decision they make. We all have problems but some of us work for them. They do not bother to do that because they don't recognize something as a problem, as long as they are "happy". Players have lots of defense mechanisms.


And while the player will not change, we can. We shouldn't sacrifice our energy to people that can't or won't appreciate it. There are other people, way too deeper than that, way too more mature, that will treat us as a valuable human being. These people should take our precious time.

And let us all pray for the players out there to find their way to adulthood !


P.s. Until then, we should feed them with some baby food and take them to kindergarden again. Seems like something went wrong the last time they were there... 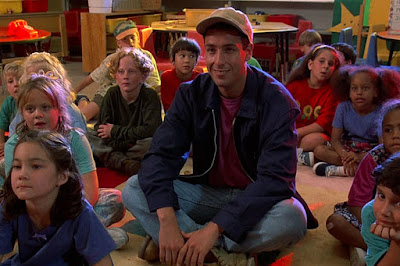 Αναστασία Νταλαμάγγα
I remember myself writing since I was a child. It was a way to keep my sanity in a difficult world. I write autobiographically, I try to be honest with myself and others. After all, emotions shouldn't be kept inside.